Two actress – Ewa Mrówczyńska and Natalia Zduń – using a few props are telling the viewers the story of two sisters: Olena and Kalina and their complicated relations. Is this love? Or hate? Or maybe both? One of them is supposed to be someone special, chosen to a better live and purpose. The younger one is regarded as destined to everyday live and issues. The moon above become an ally and witness. The developments of wild dreams and obsessions, the impossibility of fulfilling own destination leads to a crime.  The greatest secret  is hidden in viburnum pipe… 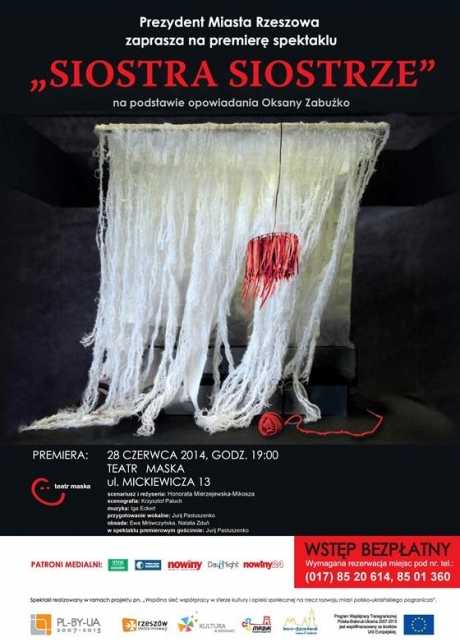