Fairy of the Elder

In a modest fairy house, Fairy of the Elder and her companions are telling the story about the princess, donkey who drops the gold, amorous king, extraordinary king’s tailor, magic ring and some joyful and noble prince.

In the performance human and puppet world get mixed. There is a lot of surprise, charming songs, funny scenes and solicitous instructions. The performance is an approval of a cheerful, but also a diligent  life.
A Little princess from a Perrault story easily could be a spoiled girl, if not a titled Fairy of the Elder who  is her God mother and take care about her comprehensive growth. She wants her to gain such useful and important values in life like  discernment, diligence, resource and courage.  Fairy of the Elder leads a little princess fortune to let her know different life than the one of the palace. 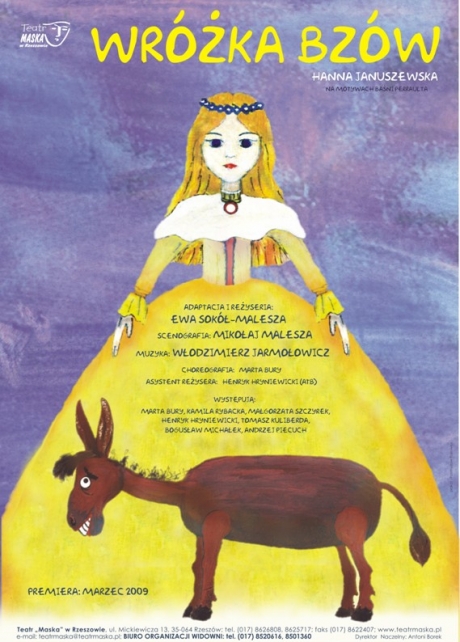