The performance „Viva la circus!" is a grotesque story about the artists, who sacrifice their lives for amusing the audience.

What happens with them when the curtain falls down, when the cool whiff of fate is approaching? The story will show it. In the performance were used the fragments of the music pieces composed by Martyn Jacques, one of the members of the British group Tiger Lillies which was participating in many artistic and theatrical projects in the whole world.

The premiere of the performance took place in the frame of EUROPEAN HERITAGE  DAYS entitled  THE MILESTONES - Grotowski, Kantor, Szajna - theatre reformers from Podkarpackie Province, in the frame of Cross-border Cooperation Programme Republic of Poland - Slovak Republic 2007-2013.

based on the „SENTIMENTAL STORY” by Kazimierz Mikulski
script and directory: Jacek Malinowski
stage design: Janusz Pokrywka
in the performance the fragments of the music pieces by Tiger Lillies were used 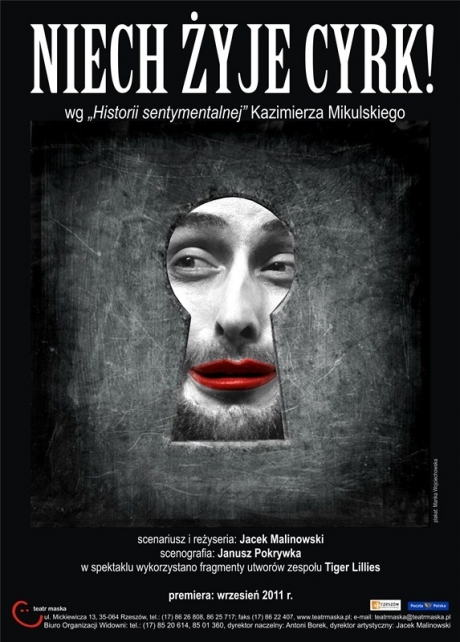