Mistress… Housemaid… Prey… Executioner… Loving sister… Sneaky murderer – kaleidoscope of embodiments and characters in which the tempo of changes is dictated by the sound of kitchen alarm clock.

Everyday ritual of housemaids – sisters Claire and Solange – who are performing the show directed by themselves. They are not only actress in that performance but also the only spectators. Who is who in their everyday game? What is the truth and what is the simulation? What is the role of mistress in this strange system? Is she only a model or actress of equal rank? This story of three women is also kind a treatise about identity…

The latest show of Maska Theatre Stage for Adults is based on the play written by Jean Genet. A French novelist, playwright, poet, essayist, and political activist who has started his writer career in prison.  The Maids was first performed on 1947, but the paly described as theatre inside the theatre or mirror game still doesn’t left the audience emotionless. 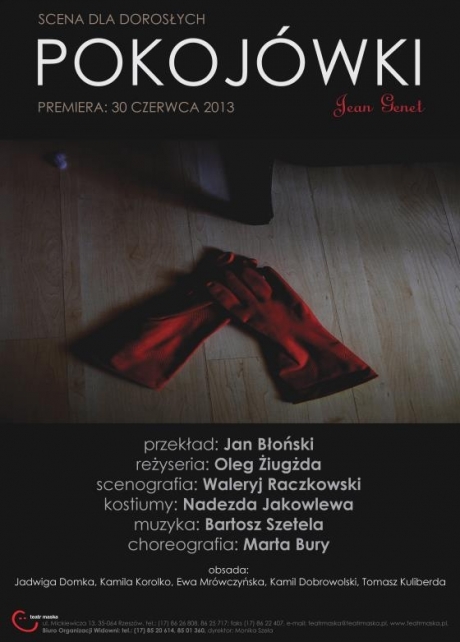