Open sea. Raft. Three men, picnic basket with full tableware and complete lack of food. The situation has already gone past the point of no return. Soon or later men gather on that raft will discover only food they can reach.

If two have to be full the third one has to be eaten. But who will be predator and who  become the prey? The three men start ridiculous discussion who has right to eat and who should end as a main course. Soon the coalition and alienation, strong and weak ones appear. Executioner, the helper and the victim – three men and a three roles to play in a drama hidden behind the comedy… 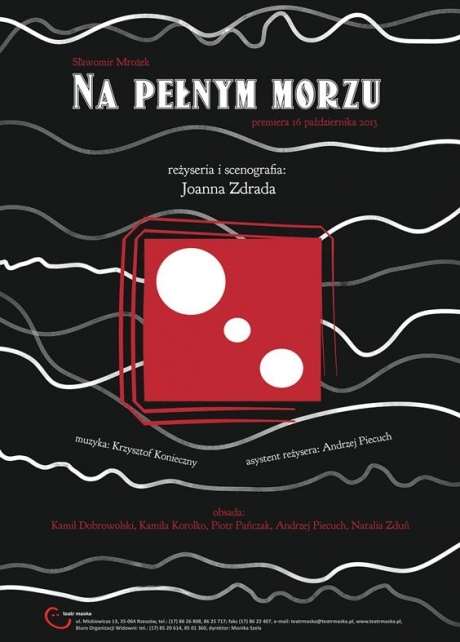