Timothy among the birds

One day a little bear found in his hat abandoned cuckoo egg. He decided to find a home for the chick. But the other birds weren't enthusiastic about the idea to welcome the cuckoo - the forest intruder.

The little bear decided to brood an egg by himself against the other inhabitants of the forest, who were trying to discourage him from this idea. Humoristic and interesting tale teach  tolerance and opening for the others. Not only the children, but also grownups certainly will like it. They can spot a complex human characters in fox and birds characters.

the performance is under the patronage of:

The performance was taking a part in a Theatre Poland 2011 project, organized by Instytut Teatralny, from Ministry of Culture and National Heritage finance 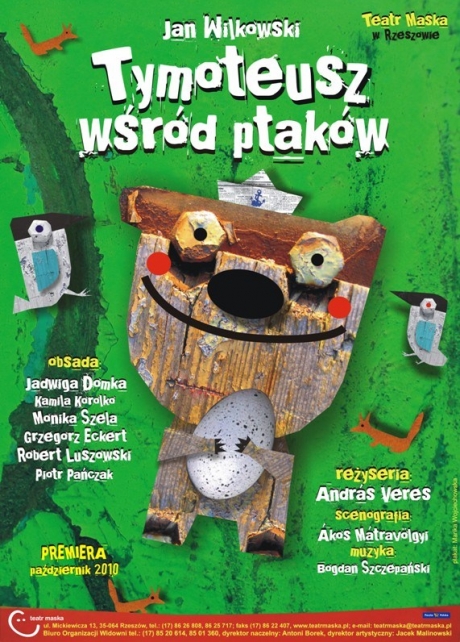